It's June 1st, which means the month of PRIDE has officially begun! 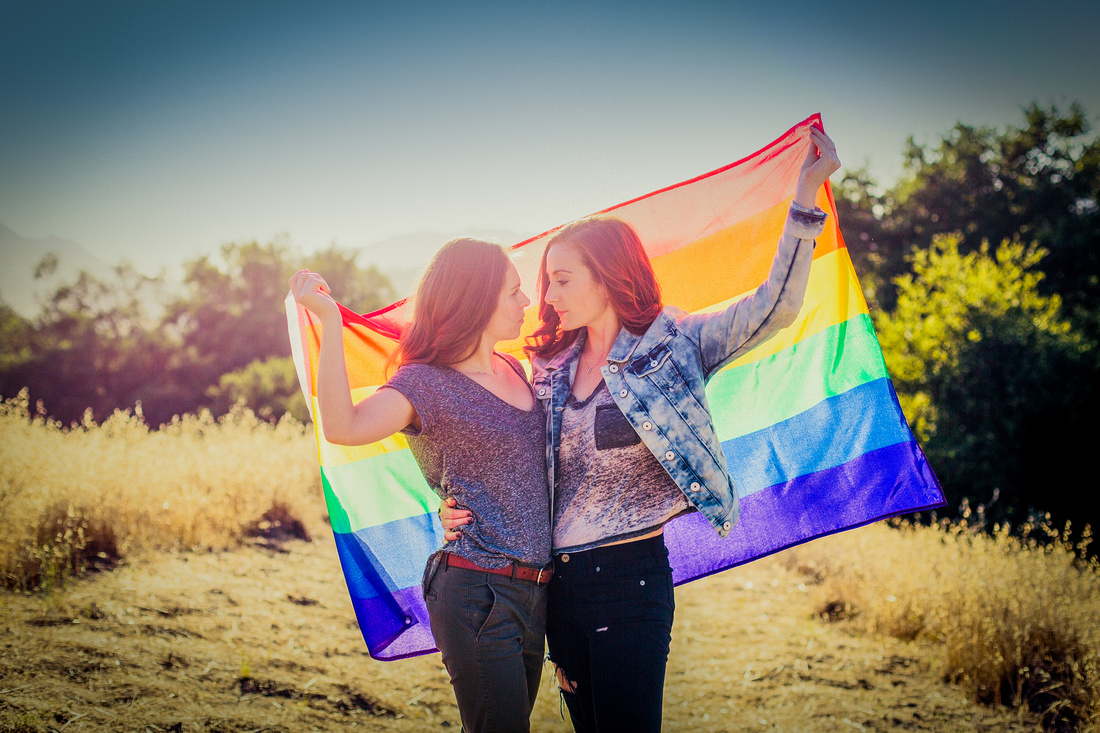 Every summer in the United States, the LGBTQ+ community comes together for a month-long celebration of love, diversity, acceptance and unashamed self-PRIDE. 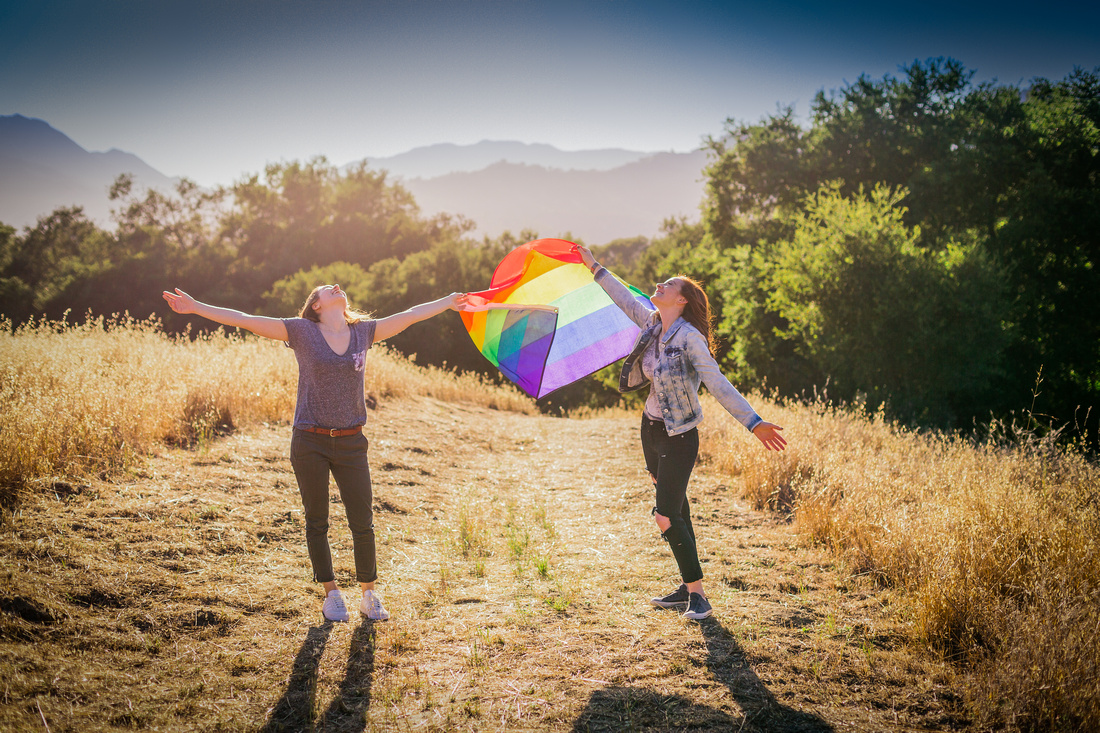 The month of June was chosen for Pride Month to commemorate the riots held by members of the LGBTQ+ community against a police raid that took place at New York City's Stonewall Inn on June 28th, 1969.

"The 1960s and preceding decades were not welcoming times for lesbian, gay, bisexual and transgender (LGBT) Americans. For instance, solicitation of same-sex relations was illegal in New York City. For such reasons, LGBT individuals flocked to gay bars and clubs, places of refuge where they could express themselves openly and socialize without worry. However, the New York State Liquor Authority penalized and shut down establishments that served alcohol to known or suspected LGBT individuals, arguing that the mere gathering of homosexuals was “disorderly." Thanks to activists’ efforts, these regulations were overturned in 1966, and LGBT patrons could now be served alcohol. But engaging in gay behavior in public (holding hands, kissing or dancing with someone of the same sex) was still illegal, so police harassment of gay bars continued and many bars still operated without liquor licenses—in part because they were owned by the Mafia." - History.com

What happened in the early hours of June 28th, 1969 changed history and will forever be a moment that the LGBTQ+ community celebrate. The raid sparked a riot among bar patrons and neighborhood residents, as police roughly hauled employees and patrons out of Stonewall, leading to six days of protests and violent clashes with law enforcement both outside the bar on Christopher Street, and on the neighboring NYC streets. The Stonewall Riots served as a catalyst for the gay rights movement in the United States and around the world, as they truly were a "tipping point" for this progressive movement of love and equality for ALL. 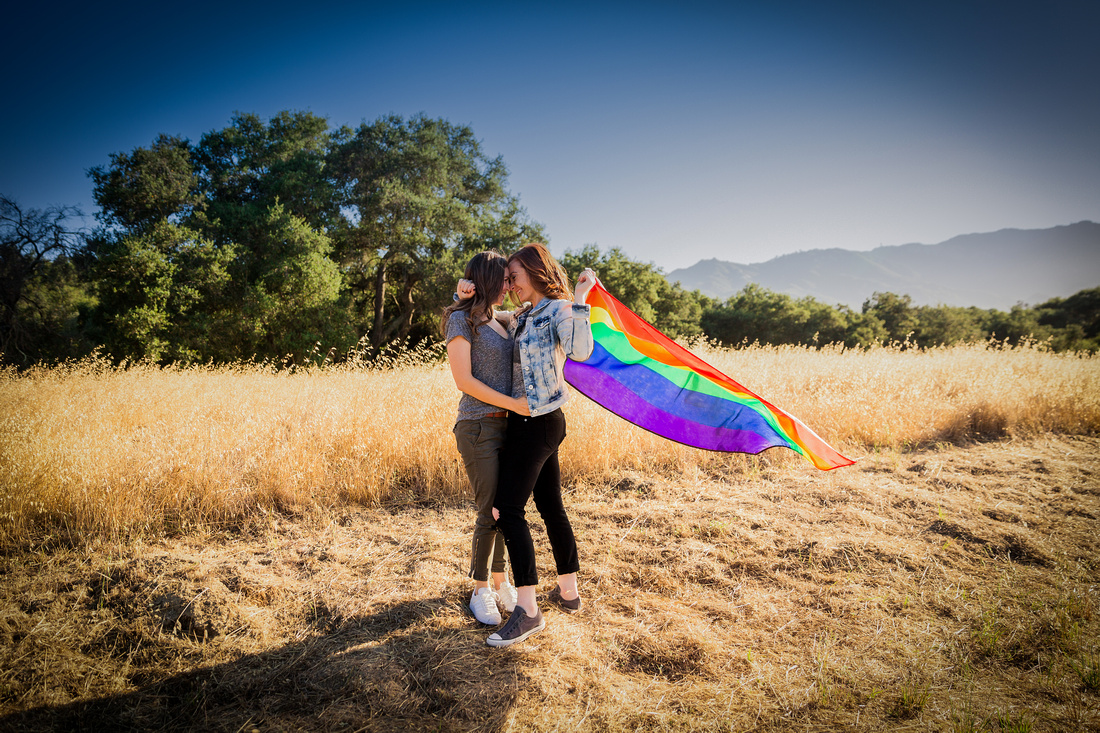 To quote President Joe Biden, "Pride is a time to recall the trials the Lesbian, Gay, Bisexual, Transgender, and Queer (LGBTQ+) community has endured and to rejoice in the triumphs of trailblazing individuals who have bravely fought — and continue to fight — for full equality.  Pride is both a jubilant communal celebration of visibility and a personal celebration of self-worth and dignity.  This Pride Month, we recognize the valuable contributions of LGBTQ+ individuals across America, and we reaffirm our commitment to standing in solidarity with LGBTQ+ Americans in their ongoing struggle against discrimination and injustice. The LGBTQ+ community in America has achieved remarkable progress since Stonewall.  Historic Supreme Court rulings in recent years have struck down regressive laws, affirmed the right to marriage equality, and secured workplace protections for LGBTQ+ individuals in every State and Territory." 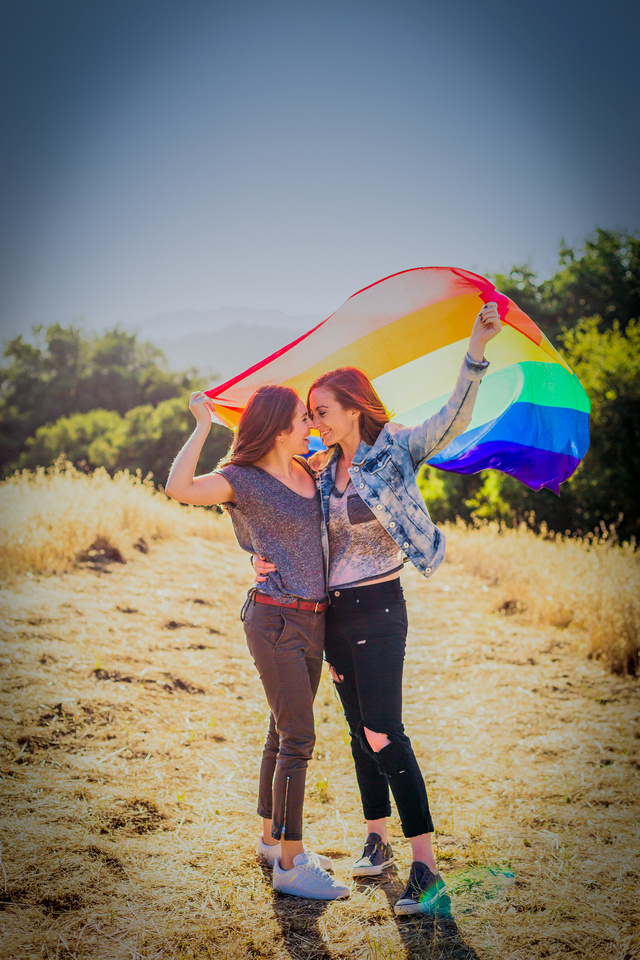 Around the world, Pride celebrations take a variety of forms, from parades to parties to protests and proms. Since the start of the modern LGBTQ+ liberation movement in the 1970s, hundreds of independent Pride events have sprung up in cities worldwide, each distinctly local and generally tied in some way to the historical and foundational Stonewall Riots.

After 50 years of Pride celebrations, these colorful events have become so varied that you can usually find a way to celebrate that feels best to YOU. 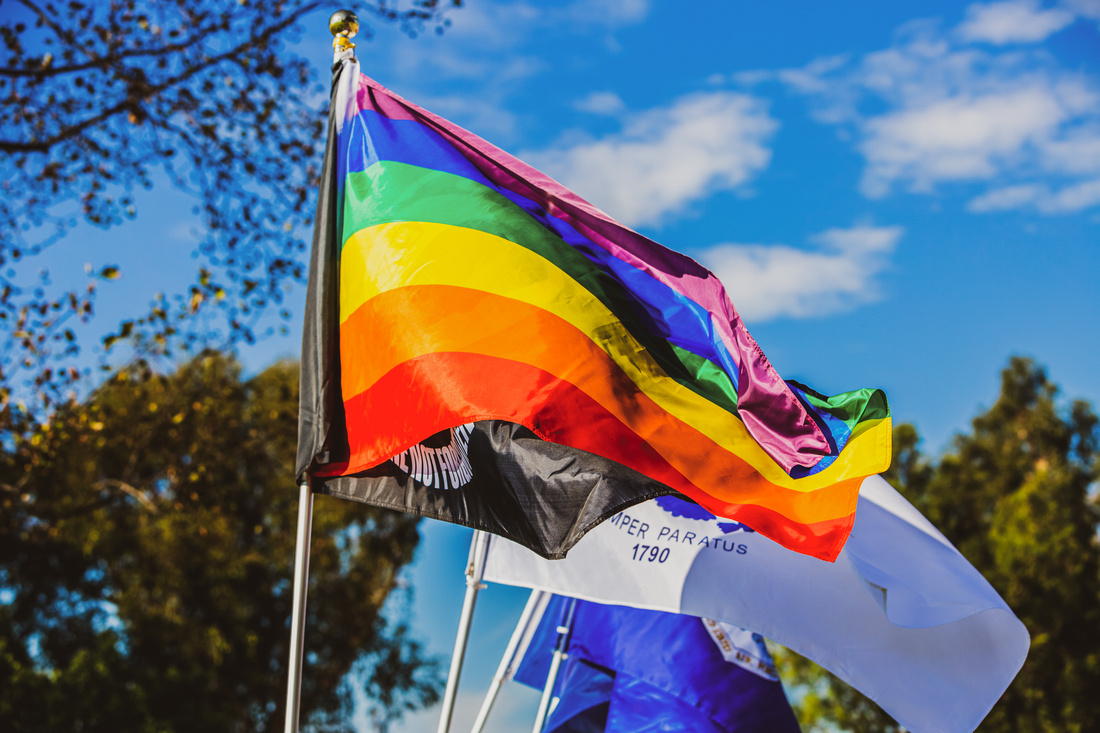 Furthermore, the iconic, rainbow flag is prominently displayed throughout the month of June. Gilbert Baker, an American artist, gay rights activist and U.S. Army veteran, created this flag in 1978 as a new symbol for the gay and lesbian political movement at the suggestion of his friends and colleagues. According to Baker's website, the colors of the flag each have a meaning: red for life, orange for healing, yellow for sunlight, green for nature, blue for harmony and violet for spirit. I have always associated a rainbow with happiness and vibrancy...As Mariah Carey says, “In a perfect world, human beings would co-exist harmoniously, like a rainbow. A multitude of colors, each layer vibrant and clear by itself, but in unison, boundless, breathtaking, celestial.” 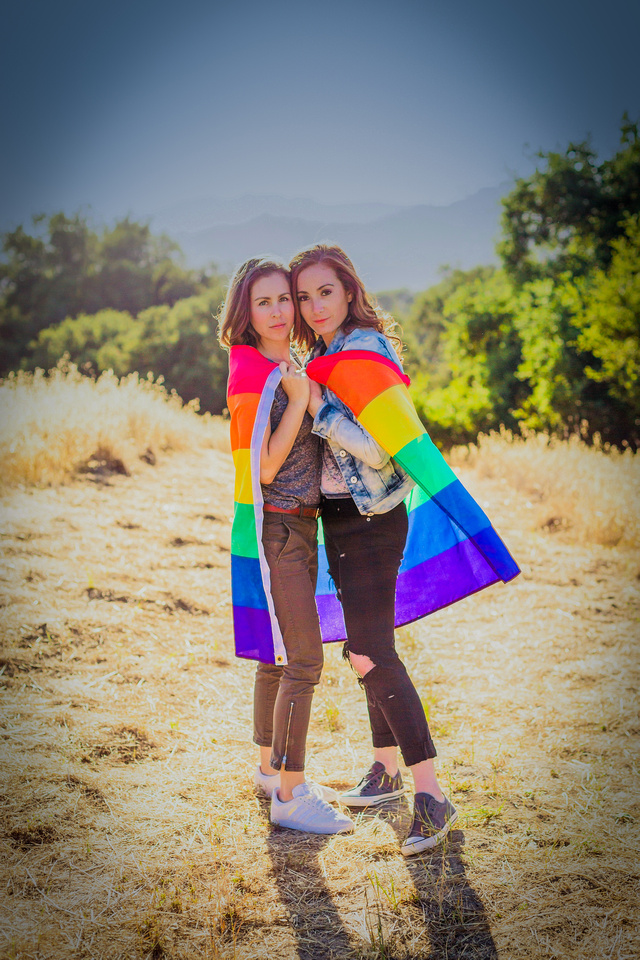 Kayla and I incorporated the rainbow flag in our engagement shoot, three years ago, in June 2018. Shoutout to my associate and photographer, Kelli Bee Photography, for capturing these! 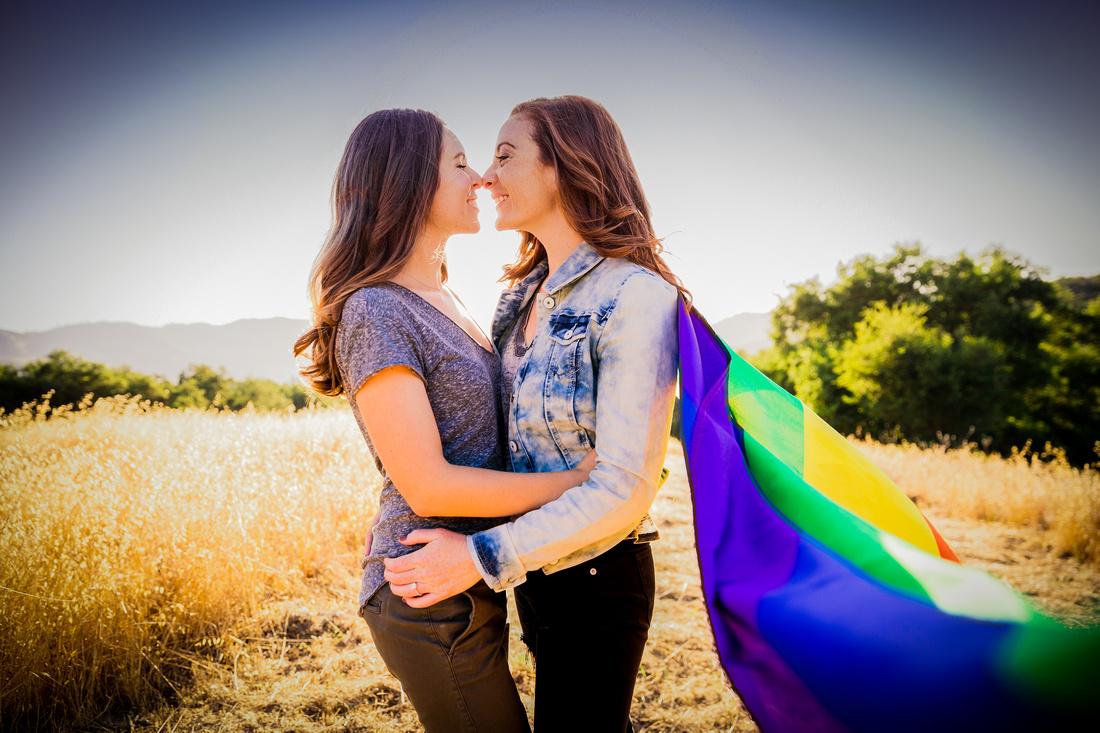 Not to mention, ever since Tova the Doodette joined our family in SoCal last year, she's been representing and sporting ALL the colors of the LGBTQ+ community. 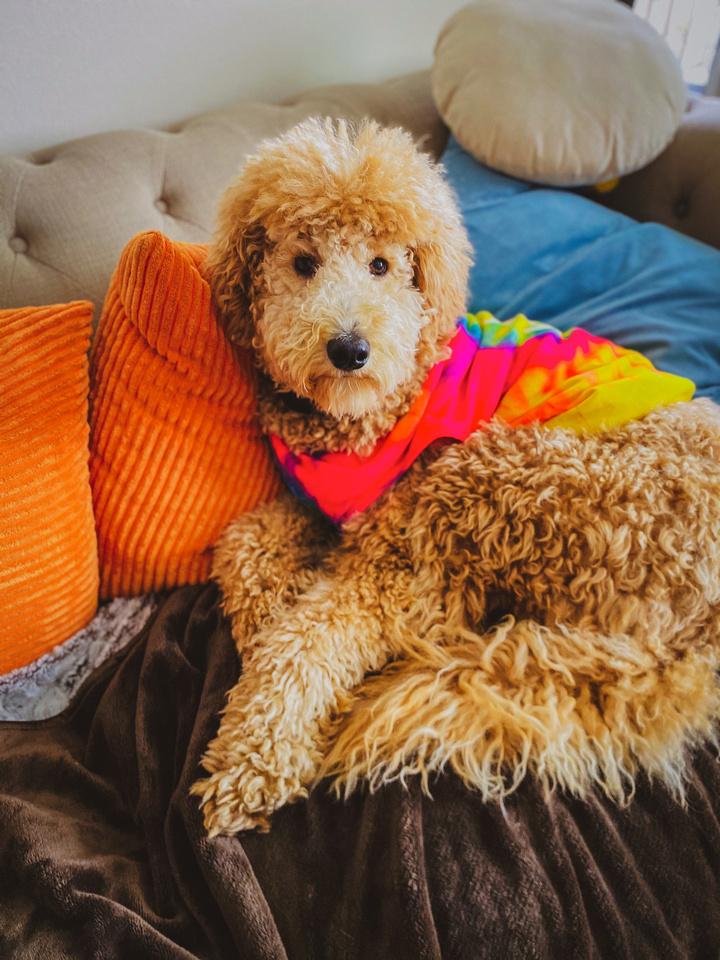 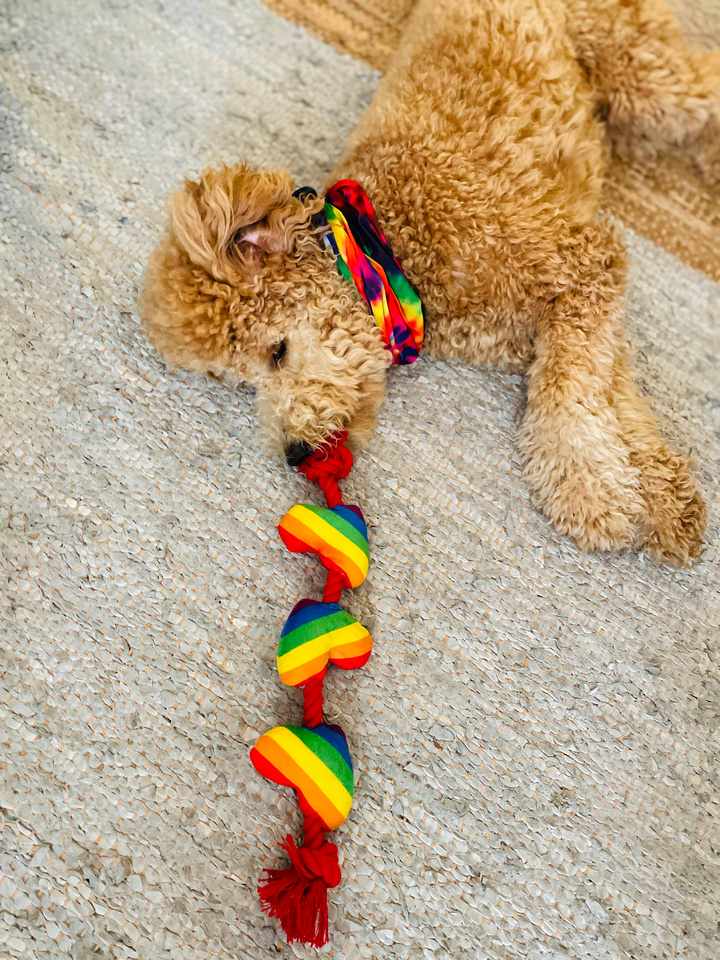 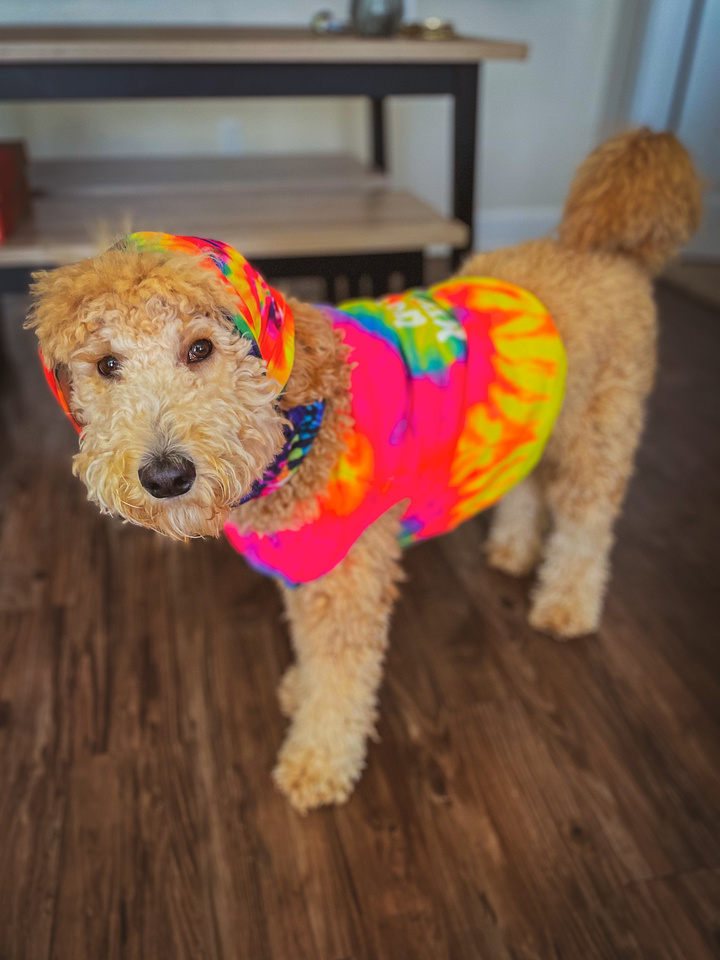 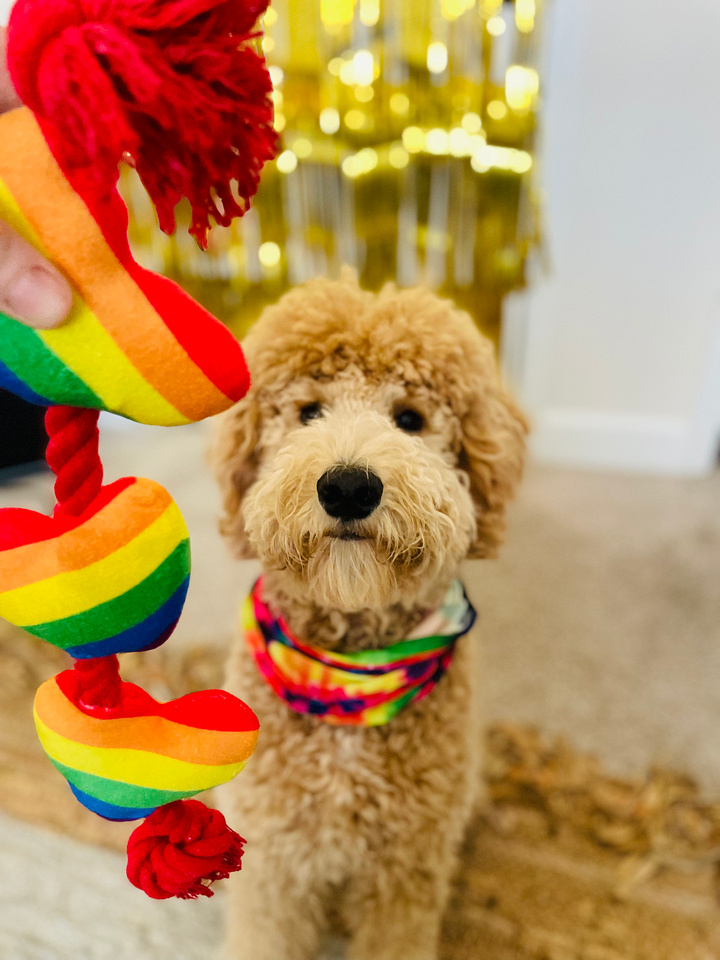 We even dressed her up in her "Be Kind" tie-dye shirt for our PRIDE feature we shot with ABC7 last weekend. 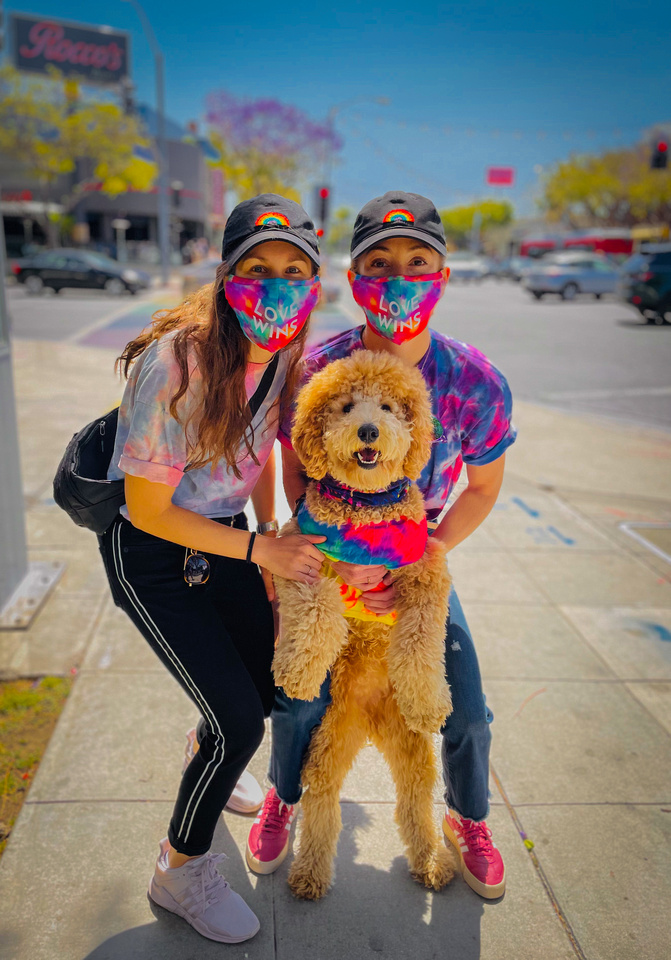 Stay tuned for our promo that will be airing on ABC7 throughout the month of June! 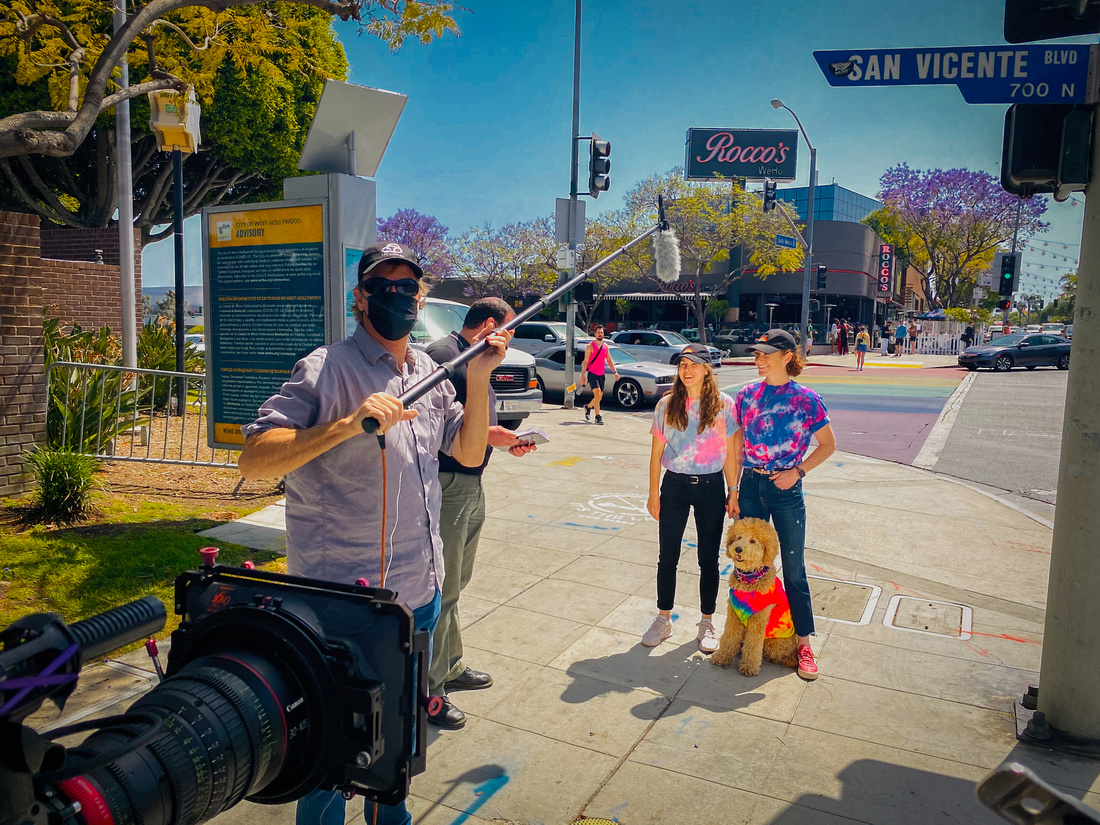 Shoutout to John Squatritto for the behind the scenes photos of me and my girls! 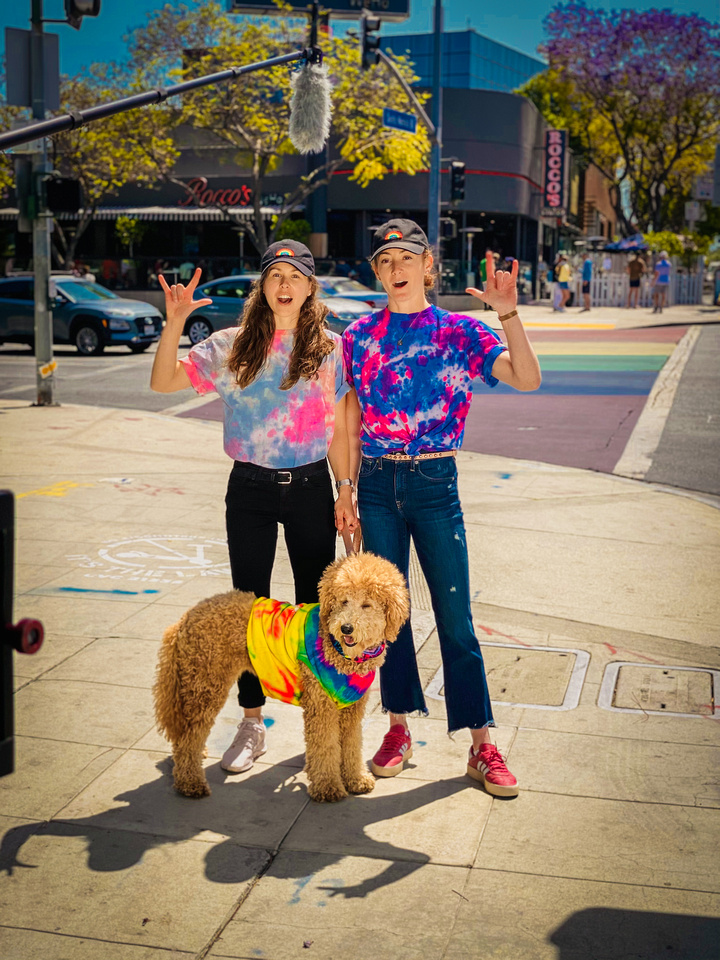 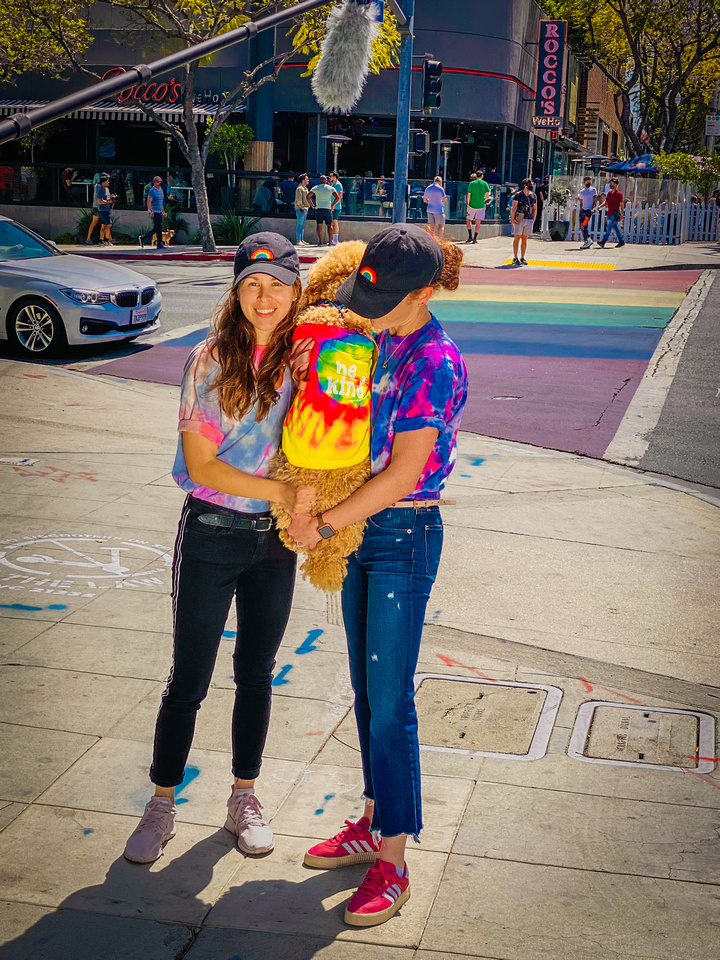 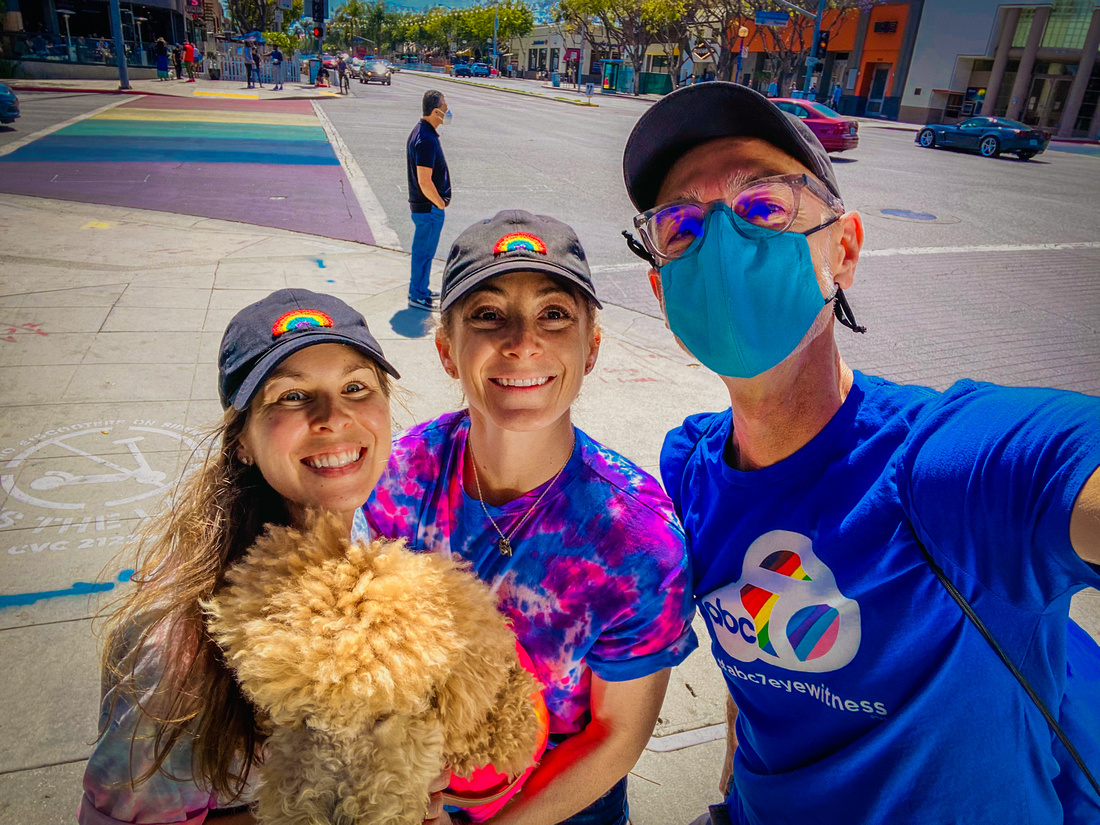 Although the global pandemic is on the mend, this year's LGBTQ+ Pride Month will be celebrated a little differently than it would have in years previous. 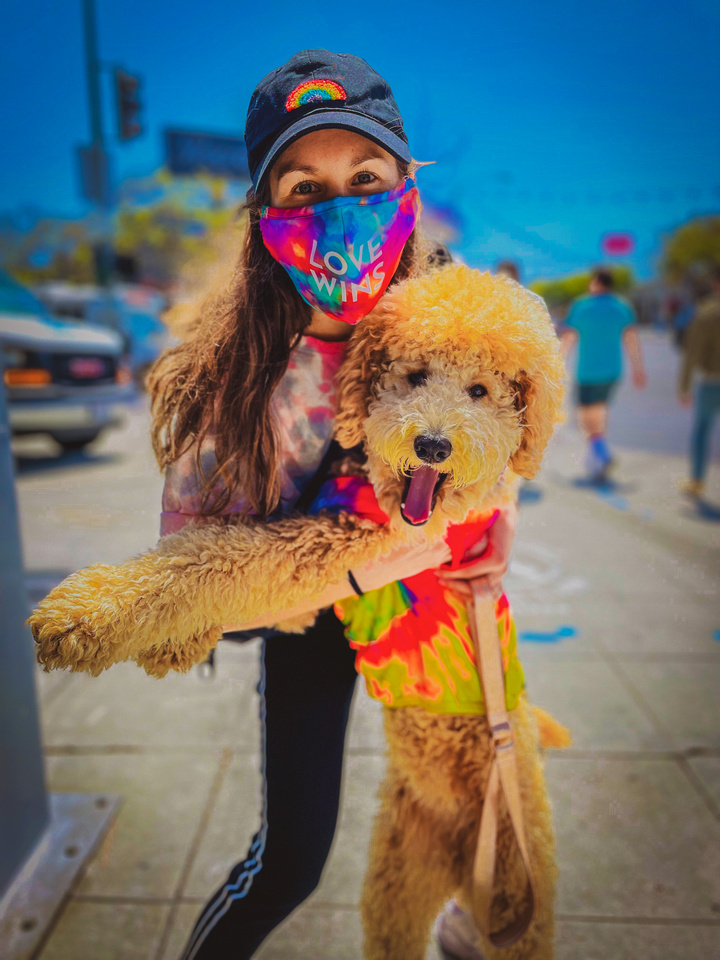 After Covid-19 canceled nearly every in-person event in 2020, many are back this year, in some fashion. 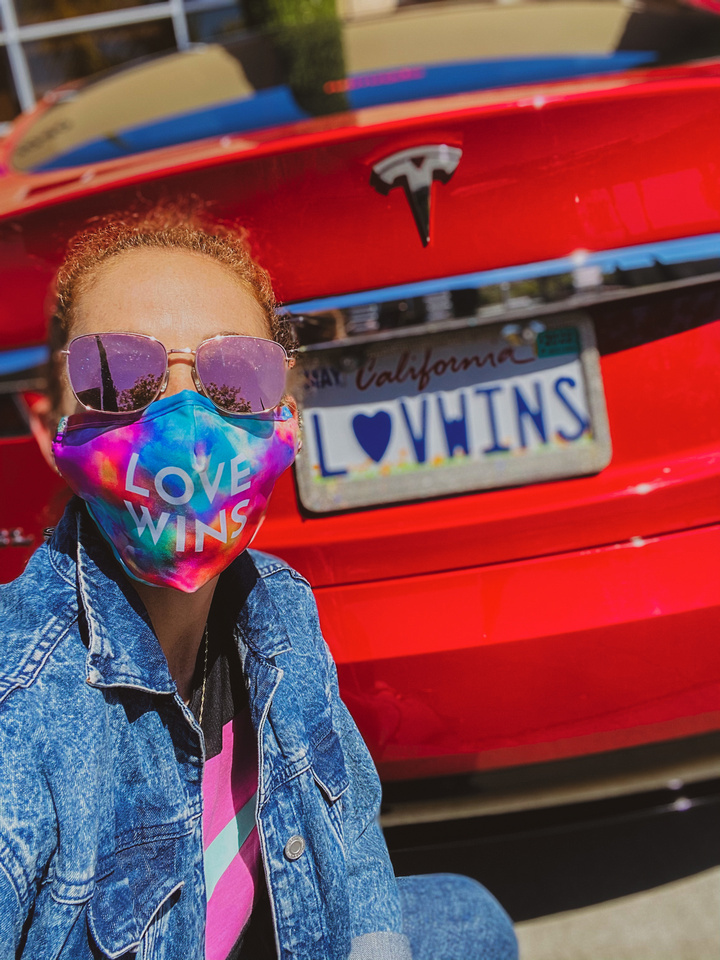 All fifty states in the U.S. have started to lift stay-at-home orders and other restrictions, which leaves the LGBTQ+ community with a mixture of in-person and online events. 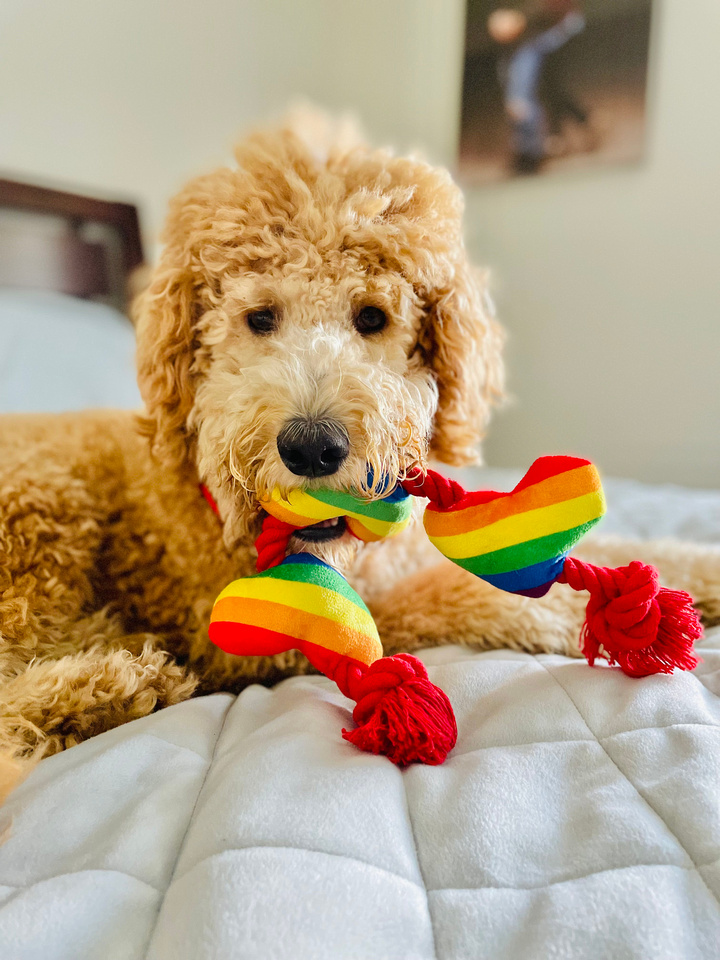 For those of you in the Los Angeles area, here are a list of the PRIDE Events:

Much love, health, and happiness, 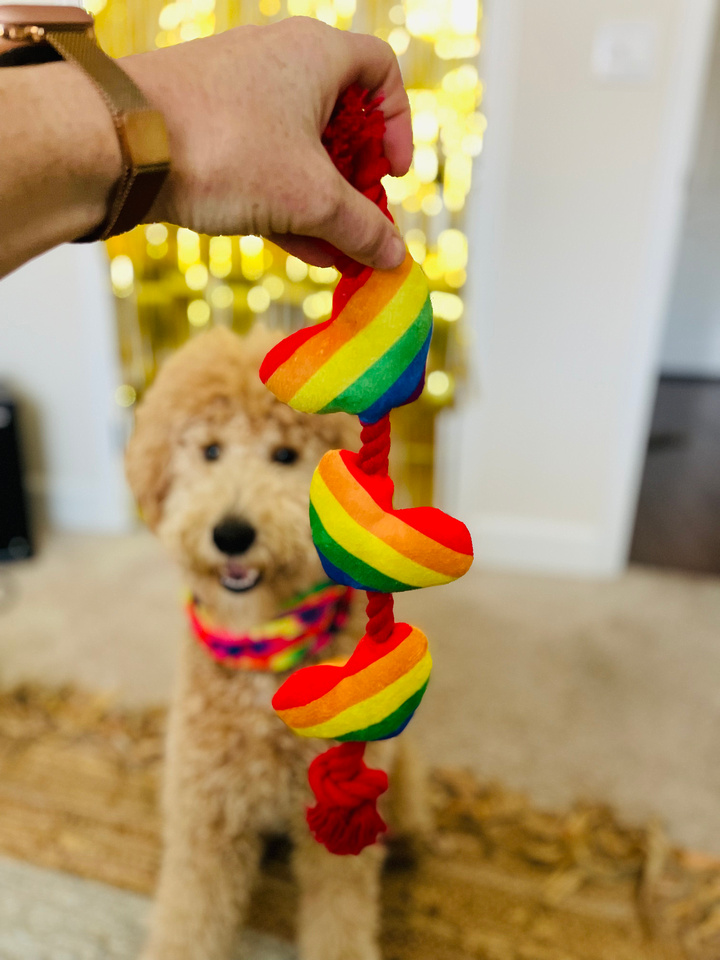